Increased public interest in the WWII planes was sparked by last autumn’s unique More4 TV series ‘Inside the Spitfire Factory’.

Now Spitfire Mark LF/IX TE517 has returned to the hangar for restoration to flight – one of five other airframes en route – after quite a journey round the world.

Built by Vickers-Armstrong and fitted with a Rolls-Royce Merlin 66 engine, TE517 was rolled out from the factory in spring 1945. On 25 July it was allocated to No 313 (Czech) Squadron, then based at RAF Manston.

The squadron transferred to Prague at the end of the war, then the plane returned to the UK. It was sold to the Israeli Air Force on 30 August 1945 and served with the IAF for nine years. Languishing in an Israeli kibbutz, but still complete, the Spitfire was eventually recovered by aviation collector Robs Lamplough and brought back to the UK.

The restoration back to flying began in 1980 via various owners, including one in Florida. In the latest leg of its journey, TE517 arrived at the Heritage Hangar at the end of January.

It is hoped the hangar’s tours and passenger flights will begin again by May. 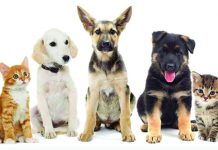 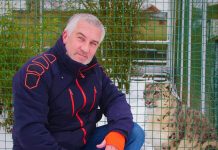 Paul Hollywood calls for support for sanctuary as their new ambassador 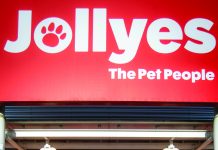 Jollyes Pet Superstore gets a makeover